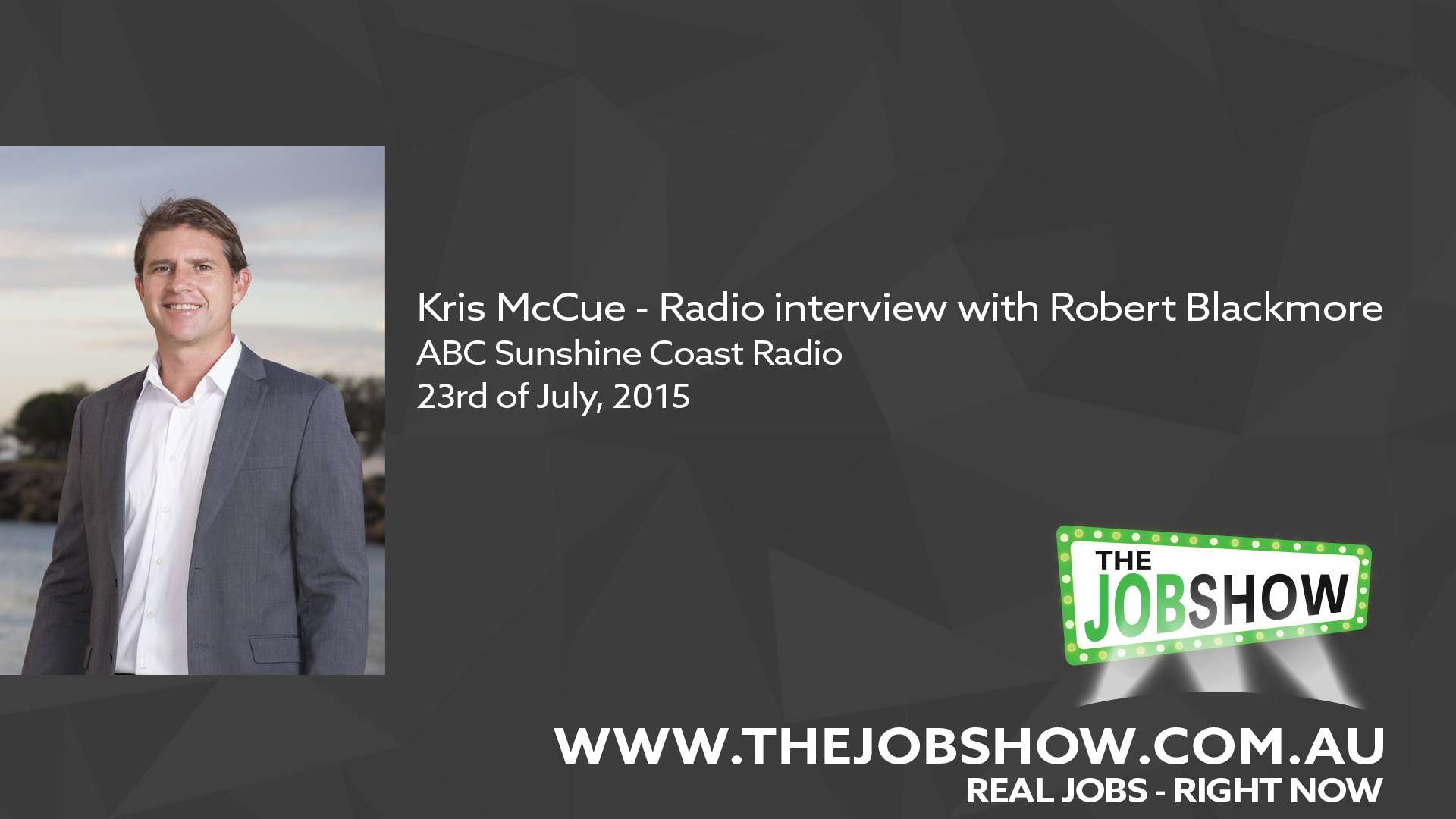 This morning JobShow Director Kris McCue was interviewed by Robert Blackmore about The JobShow and what sets it apart from other “career” expo’s.

“Having trouble finding a job? Kris McCue is the director of The Job Show, a Sunshine Coast event next month aiming to “get all the jobs in the region in one place, on the one day”. He also says with up to 40 per cent of jobs not advertised, making those face-to-face connections is more important than ever. He spoke with ABC Sunshine Coast Breakfast presenter Rob Blackmore.”